The spaces of the museum-memorial

The Drancy Shoah Memorial is a place of mediation between the history of the Cité de la Muette and the public. Located opposite the former camp, it houses a permanent exhibition, documentation center, classrooms and auditorium.

EXPLORE THE SPACES OF THE MUSEUM-MEMORIAL 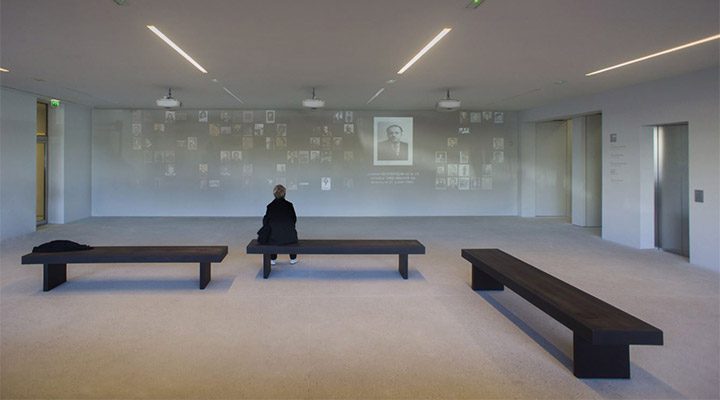 The faces of 12,000 men, women and children interned at the Drancy camp between August 1941 and August 1944 are projected one after the other on the wall opposite the reception counter. New photographs are added to the projection as the Memorial acquires them.